Santa’s elves could probably whip up a transporter capable of making superheroes weep, but their boss prefers to stick with the classics. 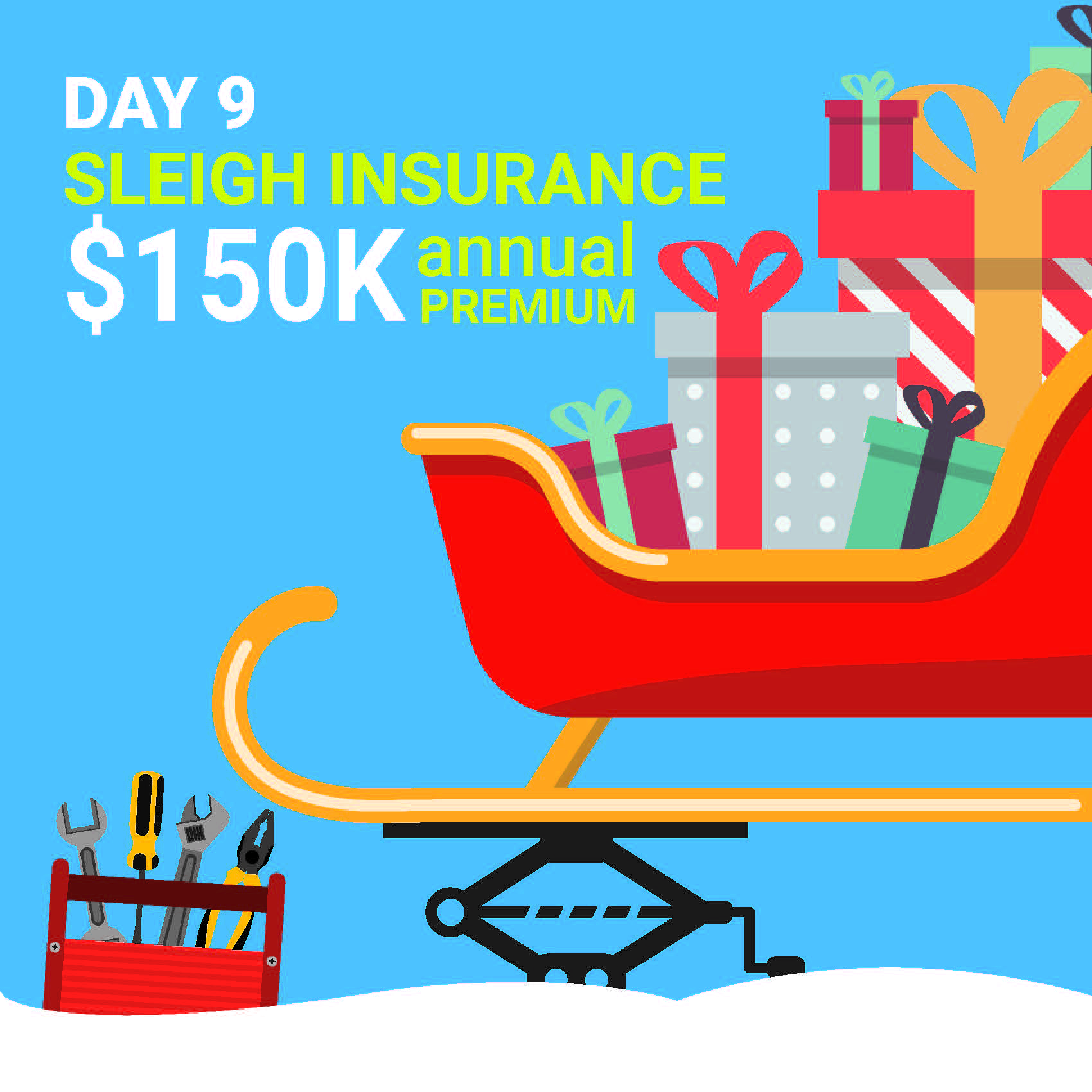 Here’s the thing about classics: They’re hard to come by and not always simple to repair. And, while Santa is all about the classics, his elves have inevitably had to make necessary technological updates to the system in order to keep Santa’s operation turbulence free. That’s a lot of gadgets! Since Santa-without-a-sleigh is just not an option, insurance really is the best policy. Luckily, the Sholley Insurance Agency can help with that!

Santa’s sleigh isn’t a car and it’s not a plane, but it is an aircraft. An aviation policy provides liability and property coverage for aircraft. Aircraft insurance, also called aviation insurance, can be purchased for several different types of aircraft, including standard, experimental, and vintage aircraft, as well as seaplanes. A perfect fit for Santa’s unconventional radio flyer!

Santa’s sleigh needs to be protected from the perils he will encounter such as fire, flood, and roof-slide. This coverage would pay for repairs to the sleigh and help provide for injuries sustained while operating the aircraft, the cost of emergency landings, as well as the costs associated with search and rescue operations in case Santa had a mid-air collision.

With aircraft insurance, Santa’s sleigh would be covered not only while he’s on-site delivering toys, but also while he travels around the globe from home to home.

At the Sholley Insurance Agency, we view every situation as unique and deserving of an expertly customized plan. As your trusted advisor, we work to the highest standards of excellence to ensure you get the service and solutions you deserve.